Such a FUN week!!!  I absolutely LOVE this time of year!!!  We had a pumpkin themed week and we learned SO much!!  We started the week out with a pumpkin shaped KWL that the kids helped me fill out.  They are SO into non-fiction and loved helping me fill out the “What we Learned” part of the pumpkin 🙂 {No pics…BOO!!} We were working on sequencing this week, so I put a little sequencing activity in the pocket chart & they had to sequence the life cycle of a pumpkin.  They loved it!  I found the real life pumpkin photos HERE & they matched them to sentences that I typed up on the computer.  After they matched the pics to the words & sequenced the steps, I had them finish a little life cycle sequencing project I found HERE. 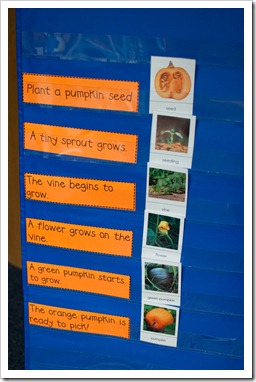 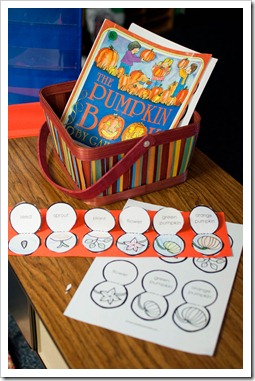 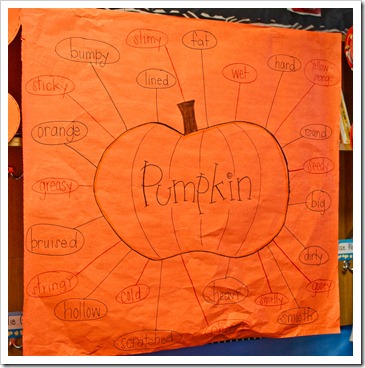 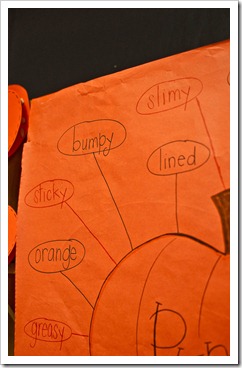 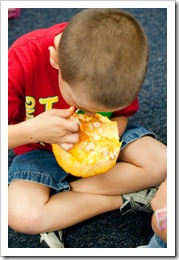 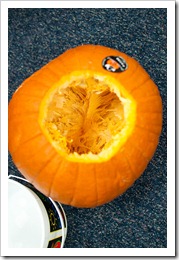 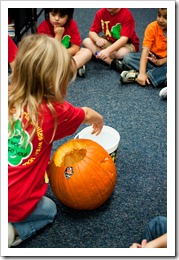 I cleaned off the pumpkin seeds and set them aside for this next activity.  I read this story by Loreen Leedy… 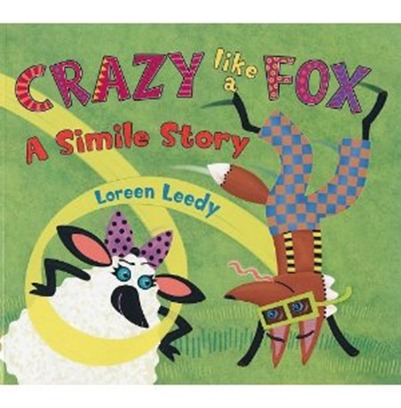 AWESOME book for introducing the concept of similes!!!  Clever as a fox 😉 We talked about similes and then I had the kids use the adjectives from our pumpkin word web for a follow-up writing activity.  I know similes are a tricky concept, but they were SO into it!!  And I was SO impressed with what they wrote!!  I cut out a pumpkin template and stapled two together.  On the top template, I had the kids choose a green word from the word web to create a simile about the outside of the pumpkin. {One of my kids said, “Pumpkins are as bruised as a rotten banana.”} 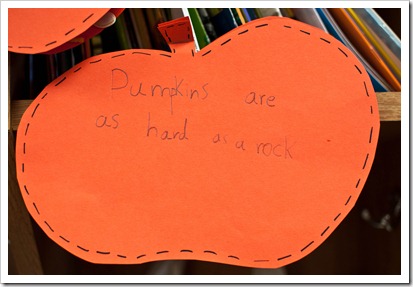 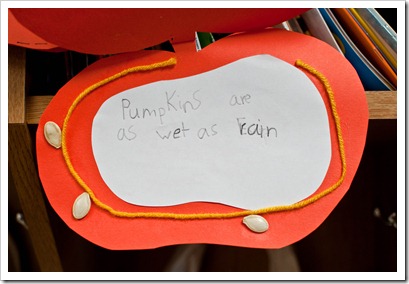 We used the same pumpkin from our adjective activity for a little lesson on voting {one of our objectives}.  What a PERFECT time to talk about voting with all these elections going on!!  We read this story… 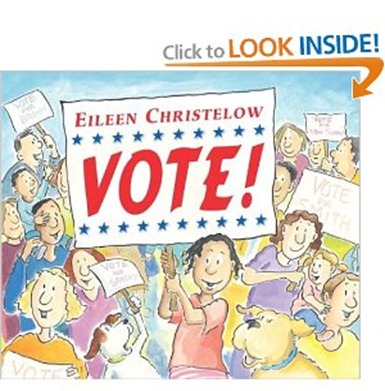 And then we voted on the way we would carve our pumpkin.  I gave them a selection of “candidates” for eyes, nose, and mouth. 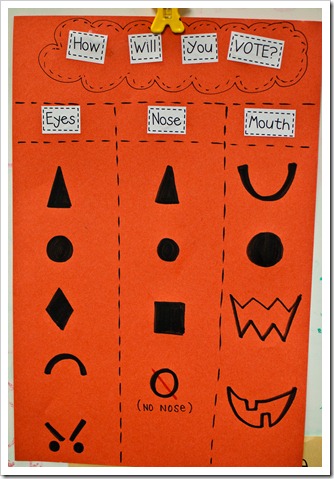 Yes…quite a bit from which to choose!!  HA!!  But they loved it!!  I gave each of the kids a ballot… 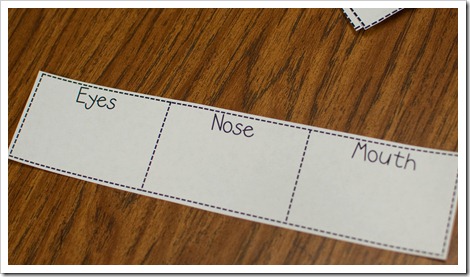 And sent them to the “voting booth”!!  {My closet :)}  I set up a chair, a ballot box, a clipboard, pencils, and the voting chart {eyes, nose, mouth}.  While they were in the voting booth, they had to use the chart to make their choices and then slip their ballot into the ballot box.  Once all the ballots were in, I tallied them up to reveal our winners… 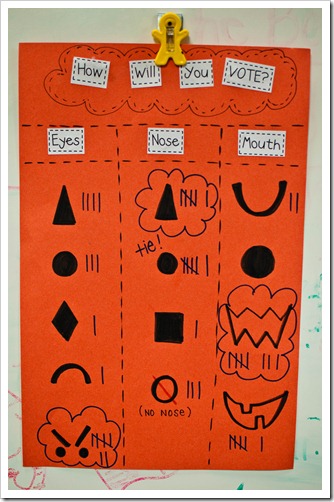 We actually had a tie between a triangle and circle shaped nose.  It was a great time to talk about tiebreakers and then we voted between the two choices.  In the end, we ended up with a triangle nose!  Here’s what our jack o’lantern looked like when it was all said and done… 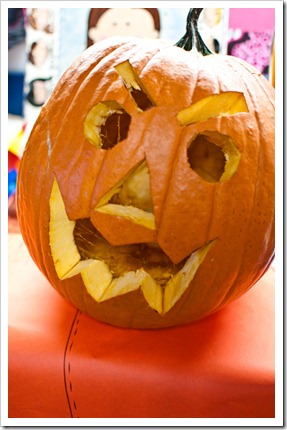 EEEEKS!  A little scary 🙂  No worries.  He didn’t last long.  We chopped him up and threw him in a big container and sealed it shut.  Now he’s in pieces and we’re conducting a decay/decompose science experiment.  Stay tuned for more on that next week!!