Our kids are learning about Thanksgiving customs and traditions and we’ve REALLY gotten into learning all about the pilgrims.  The kids are FASCINATED!!  They just can’t imagine that little pilgrim boys and girls didn’t have DSI’s & American Girl dolls 😉  We started learning about pilgrims reading a few realistic fiction & non-fiction books from our library. 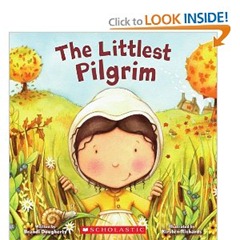 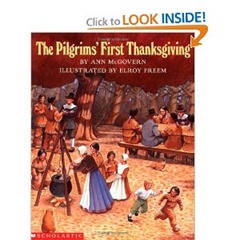 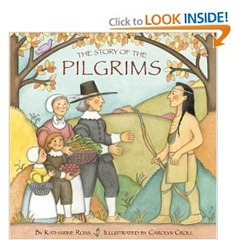 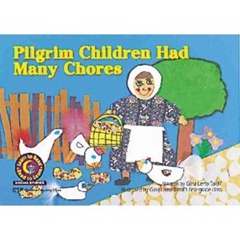 We really LOVE this one!!!  It’s super informational and it’s got lots of great facts about the Mayflower, pilgrims, and the first Thanksgiving! 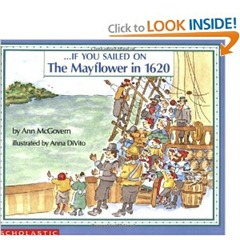 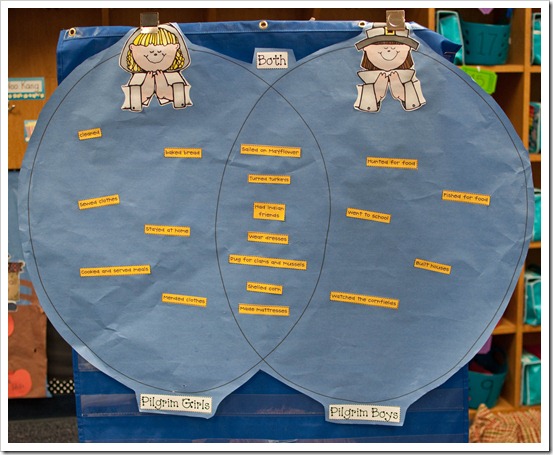 After we compared boys & girls, I had the kids start a little project.  I modeled how to draw both a pilgrim boy & girl in KidPix and then had each of the kids draw themselves as pilgrims on the computer.  They also had to choose one fact that we learned and complete the writing prompt, “If I were a pilgrim boy/girl, I would…” 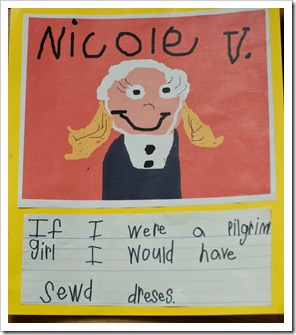 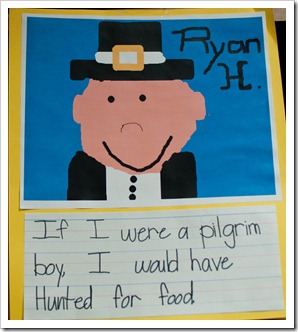 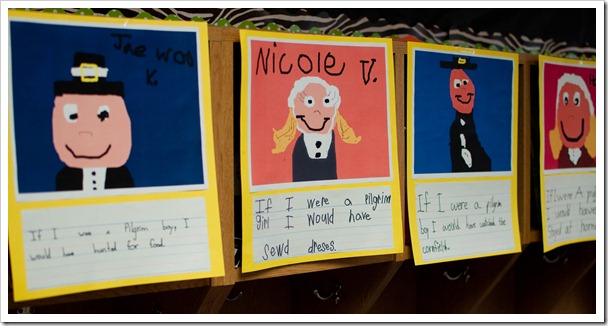 I LOVE how different they all turned out!! We also learned that pilgrims could only take one trunk full of their belongings on the Mayflower. Most pilgrims only packed clothes, tools, and their Bibles.  I made little suitcases for the kids and inside they had to write a list of things they would take with them if they were traveling on the Mayflower…ANYTHING they wanted 🙂  They absolutely LOVED this!! 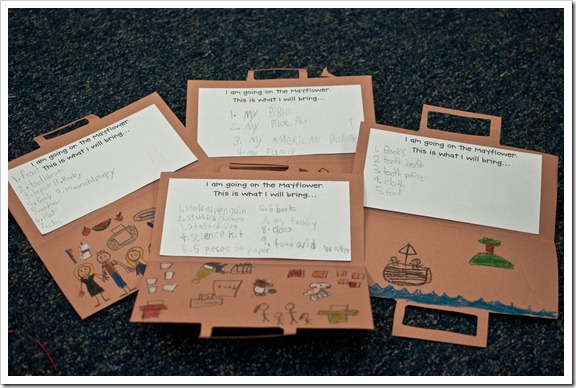 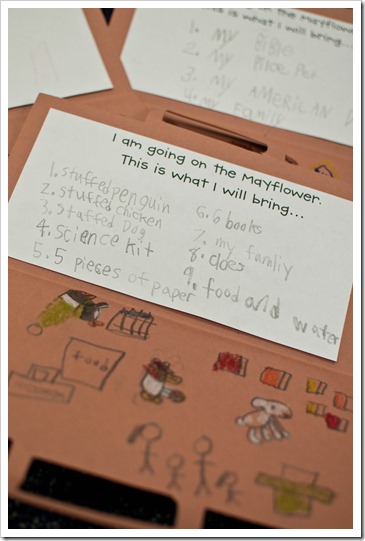 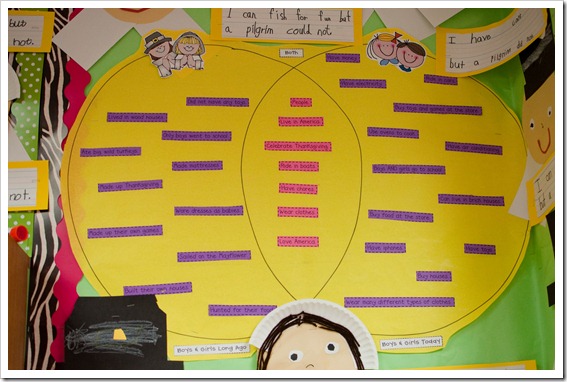 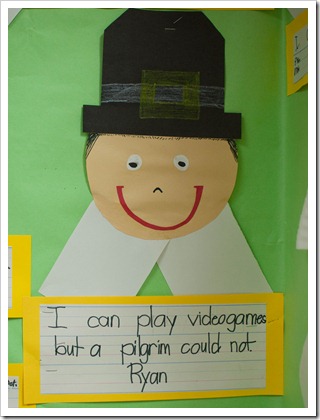 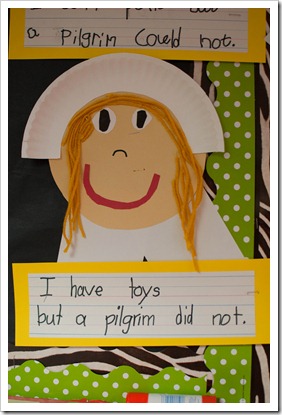 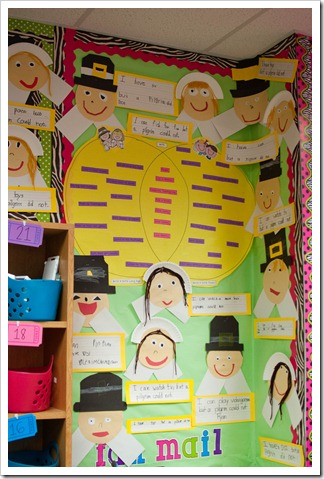 If you’re interested in adding a few more related activities to your instruction, check out the resources below to see what teachers are saying about using these in their classrooms.