So, lately my kids have been making some really great observations about numbers.  They’ve been noticing patterns in our hundreds chart and they’re pros at skip counting {by 5’s & 10’s, anyway ;)}  I really want to start adding the concept of odd & even numbers to our calendar routine, but before I started with that, I really wanted my babies to understand WHY numbers are odd &/or even.  I came across this little book in my math book stash the other day…

I got to thinking that it would be pretty awesome for the kids to practice making even and odd numbers with…my personal favorite….FOOD!  Shocker, I know ;)  Introducing Mrs. Carroll’s version of Odd Todd & Even Steven… 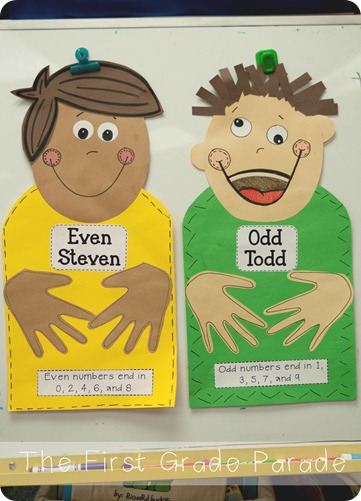 I made up a little story to go with both little guys.  Even Steven LOVES things to be *fair* & *equal*.  When he brings snacks for his friends, he MUST make sure that all of his friends have the same amount.  He ALWAYS likes his right hand to hold the same amount as his left hand.  We agreed that we ALL like for things to be fair and equal…just like Even Steven.  BUT…our little friend, Odd Todd, doesn’t like things to be like that at all.  He LOVES to be different and he could CAREless if his left hand holds the same amount as his right hand.  Infact, he LOVES it when he & his friends get snack and NO one gets the same amount.  He doesn’t care about fair ;)  To bring this concept to life, I randomly selected a couple of kids to give me a number LESS than 20.  We counted the matching amount with *turkey toes* {had to relate this to the season, of course!}  onto a plate.  Then we had to decide who the plate belonged to…Even Steven or Odd Todd.  SO….we counted the amount…again…only this time when we counted, we put the *turkey toes* in their hands. 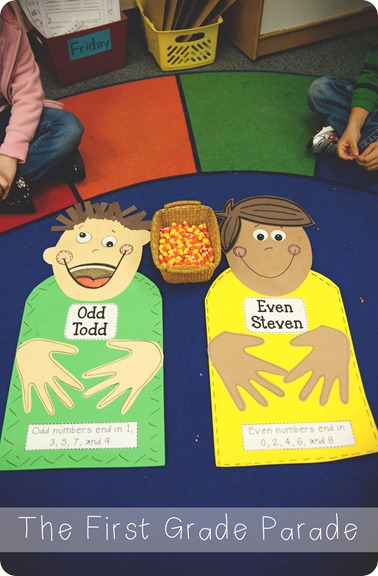 The first number that was thrown out was 15.  We counted that amount of *turkey toes* onto the plate and then another little friend said he wanted to give the plate to Even Steven.  So we gave each of Even Steven’s hands a set of *turkey toes* and then we counted them out to see how many were in each hand.  When we realized that one hand was holding 8 and one was holding 7, that same little friend was almost SHOUTING…. “MRS. CARROLL!!!!!!!  Even Steven DOESN’T GET THE TURKEY TOES!!!!!  GIVE THEM TO ODD TODD!!!!!!!”  When I asked him to explain it to me, he said it was “Because Even Steven has to have an EQUAL amount in both hands, but Odd Todd doesn’t care about all that, so give it to him!” HA!!!!  LOVE! 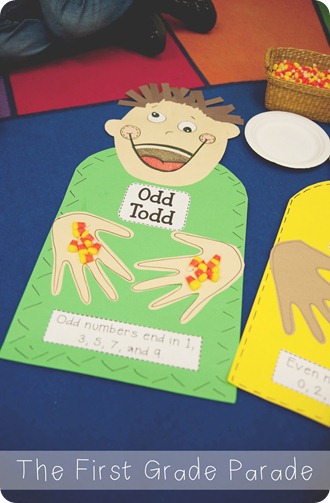 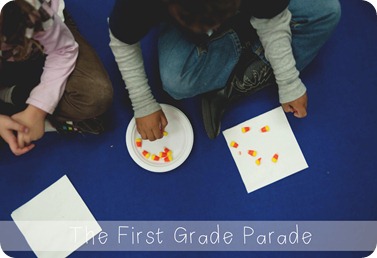 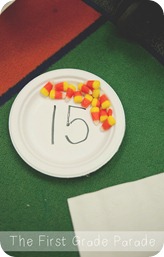 After that, I told the kids that they would get to eat their math..ONLY if they both had an EVEN amount of *turkey toes* on their napkins.  I mean, we all like fair, right?!  So they got busy pretty quickly because they couldn’t wait to taste those toes!  I’m tellin’ y’all…these little cuties blew me away!  When my friends who were given an odd number of *turkey toes* tried to split them up evenly, they quickly realized they couldn’t!  SO…they put the *extra* toe back on the plate!  I went around to each group and watched them count out their EVEN amounts and then I had them explain to me HOW they got an even amount.  Then it was time to gobble it all up :)  My FAVORITE part! 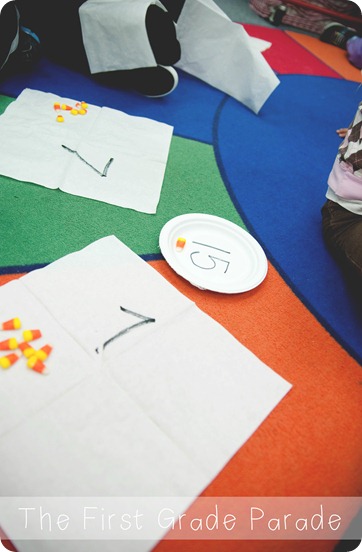 After it was all said and done, I told the kids that Odd Todd & Even Steven wanted their plates back, so each pair had to give their plates to the right guy. 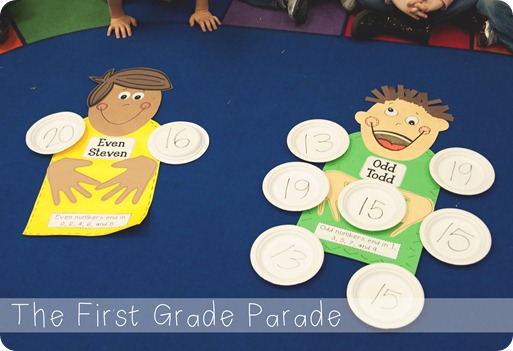 If they got a little confused, we read the bottom of their shirts to see which numbers are even and odd 🙂 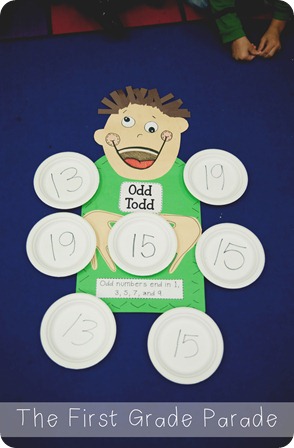 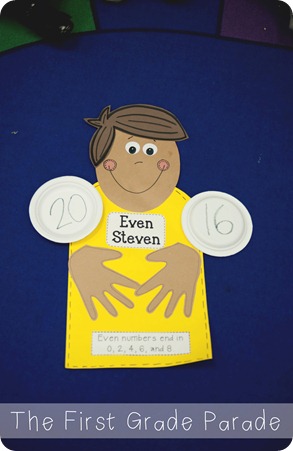 Dessert’s on the table and it’s apple pie tonight…my MOST favorite!!!  I can promise you that Mr. Spouse and I won’t be getting an EVEN amount…I’ll DEFINITELY be getting MORE!!!  HA!!!

Previous Post: « Writing to Inform and Veteran’s Day
Next Post: More Even & Odd Fun and The Great Turkey Race »

I shared my favorite summer uniform(s)☝🏼 in s

Is there anything better than a warm summer Sunday

This is my favorite spot in the house 💚. Maybe

Sometimes Feet Up Friday looks like an empty couch

We like to wander where the WiFi is weak 🏔. Hap

Nothing too exciting going on in my life at the mo